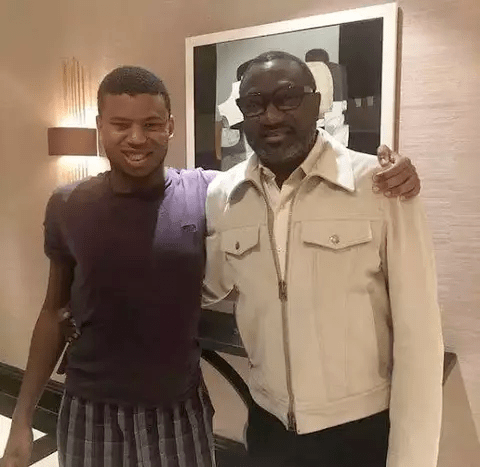 As it is always said, what is the essence of being rich when you do not have a successor? In Nigeria, most tribes believe that the girl child is not a very important one as she will get married and move into a new family. The boys are preferable because they carry on the lineage. Tho most people do not have male children but are still very fulfilled.

In the case of Nigerian Billionaire Femi Otedola, it is a totally different case. Femi Otedola, was born in 1962 and is the son of Former Lagos state Governor Michael Otedola. He is blessed with three girls and a boy. The bitter thing about such a rich man is that his one and only legitimate son, Fewa has a mental issue. He is the heir to his father’s wealth but he has a disease called autism.

Autism, also known as Autism spectrum is an issue related to the development of the brain. It is a disease that can make it hard for someone to interact socially with people.

Autism makes it very difficult for a person to learn, and also has lower intelligence. As Temi, (the last daughter of Otedola) once said, the are entitled to show much love to their brother and also always be there for him. He rarely has anything to do with social media and that is why he is not as popular as his other siblings.

It is very unfortunate for a human that have such illness and it is more disheartening that it is Femi Otedola. Well, I have brought up some of his pictures so that those who do not know him facially would do so.
Here they are